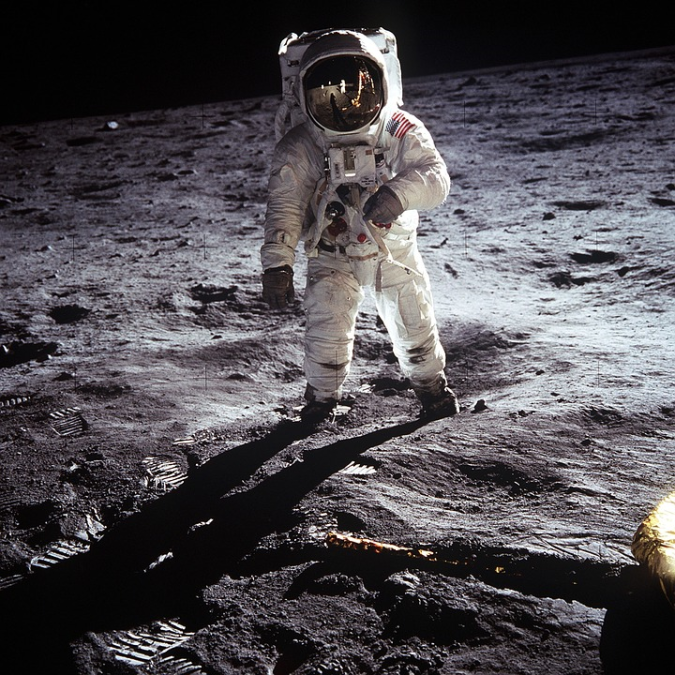 I don’t have to tell you much about what was going on this week fifty years ago. There’s been a ton of fantastic retrospectives already done on the subject of the moon landing. Media historians are having a lot of fun digging out old stuff, too: this tweet, with a clip from the New York Times, explains the best way to take pictures of your TV set if you are so inclined. My historic newspapers are already packed in preparation for another house move in a few weeks, but I remember reading them as a kid, fascinated by the coverage that I missed. (In particular: they interrupted the White Sox game to alert the fans in the stands that the landing occurred with the message “They are on the moon” on the scoreboard. It yielded the biggest ovation of the day.)

In other news on July 19: police are investigating a single-car auto accident that took the life of Mary Jo Kopechne, a 27-year old secretary. Her body was found inside a car driven by Senator Edward Kennedy of Massachusetts, who managed to get out of the car. The investigation – and discussion about it for years – likely works against Kennedy ever securing a nomination for President.

July 20, 1969 – in addition to the moon landing – is the date that actor Josh Holloway was born. He played James Ford on Lost.

On July 22, all major American cigarette manufacturers agreed to stop advertising on radio and television effective in 1970. This was a trade in exchange for the now-famous Surgeon General’s warning remaining off packs of cigs until 1971. (The last ad aired on the Tonight show on New Year’s Day, 1971.)

On the charts: We’re still feeling all spacey, as “In the Year 2525 (Exordium and Terminus) by Zager and Evans remains at the top of the list. Here’s what cracked the charts fifty years ago this week; it’s a solid list:

“Workin’ On a Groovy Thing” – Fifth Dimension (debuts at #70). We jump right in with a great record. This ends up right at #20, and it’s a record that I just don’t hear enough. (It’s got an awfully similar sound to “Stoned Soul Picnic” in the chorus, doesn’t it?)

“I’ve Lost Everything I’ve Ever Loved” – David Ruffin (#73). Reminder to myself for the upcoming school year: find a vinyl copy of the My Whole World Ended LP and play it in my office in the hope that, one day, a student will say “Who is this?” and discover it. This stalls out at #58, which is criminal. As you’d expect, it was Top 10 on WJLB/Detroit, but also fared well in Jacksonville and New York. Every week needs an “oh, wow,” and out of an excellent list, this is probably it.

“Honky Tonk Women” – The Rolling Stones (#79). This chart needs more cowbell. I think you know this one, and it will go on to make it all the way to the top in time, so watch for it to show up again in the discussion. (Is it OK for me to mention the cover by the Pogues in this discussion? Just asking.)

“Marrakesh Express” – Crosby, Stills, & Nash (#86). This week’s a good mix of soul and what will later be termed “classic rock.” This is the debut single for the band, which only makes #28 but remains one that I will not turn off.  As far as the intro, I got “whoopa, hey mesa, hooba huffah, hey meshy goosh goosh” after several playings. Or is it couscous? I have no confidence that any of that is correct, so if you can help, please do.

“Nitty Gritty” – Gladys Knight & the Pips (#88). If the only version of this you know is Shirley Ellis’ rendition, click now, and forget about that one. This one will also make it into the Top 20, landing at #19 – but I honestly cannot recall the last time I’ve heard it on the radio.

“Till You Get Enough” – Charles Wright and the Watts 103rd St Rhythm Band (#94). Now, we dig deep. Hot on the heels of February 11th’s “Do Your Thing,” this doesn’t scale to nearly the same heights, only making #67. They’ll roar back in 1970 with “Love Land,” which for my money is one of the greatest singles ever produced and should get its own post.

“That’s the Way” – Joe Tex (#95). This only spends three weeks on the charts and stops at #94, and that’s just too bad. Even if I don’t necessarily believe the story told in the song about the woman needing help with her love affair, it’s a darned solid tune that owes more than a passing nod to Otis Redding.

“Your Husband – My Wife” – Brooklyn Bridge (#97). Speaking of love affairs: we can file this one under “awkward.” What to do about the spouses? Put an ad in the paper and see if they like pina coladas. This made it up to #46, and – before you think that maybe radio stations were leery of the themes portrayed here – it was a Top Ten record in Columbus, Rochester, Sioux Falls, and Orlando.

“Jack and Jill” – Tommy Roe (#99). You won’t confuse this with the Ray Parker Jr. song of the same name. This is basically “Dizzy” with new, unrelated lyrics. It doesn’t even climb as high as “Heather Honey,” the last single, landing at #53. But what’s interesting here are the lyrics: we’re too preoccupied with physical appearance. This could be reworked and released today.

“Birthday” – Underground Sunshine (#100). I’m going to hazard a guess that if you’re not from the Midwestern U.S.. this one may be bit of a mystery to you. Although it did manage to make it to #26 nationally, it’s largely been forgotten over the last fifty years. It’s a pretty true cover of the Beatles’ track from the White Album. It was also charted at #1 in Stevens Point, WI (on WSPT), Lincoln, NE and St. Charles, MO. WLS in Chicago didn’t move it to the top; they left it at #2 – the same as Madison, WI, Council Bluffs, IA, and Lansing, MI. It was also one of the original 45s I inherited from my parents, which means I’ve owned a copy for 46 years now.