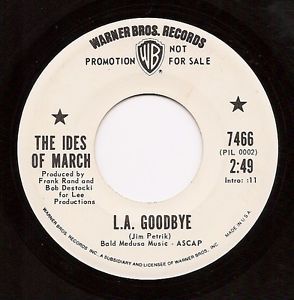 23 years ago this week I came back from my first trip to New Zealand to find myself unemployed, and at the same time caught up in a battle to obtain a visa as an immigrant worker that was rejected.

Some context is required.  At the end of 1993 two things happened. One was that my radio station, WCFL-FM, which had been in receivership since summer, decided to fire the entire airstaff and simulcast for three hours per day. Everyone, that is, except me: in the most awkward staff meeting ever, we were told of the pending layoffs and simulcast.  When the question was raised about who would host the three hours, management replied, “Well, Len’s not leaving.”  It was the first I had heard of it, and wasn’t given much of an option. This interfered with the second thing that happened: I had planned a trip to New Zealand for January 1994. A family that I had met online offered lodging to me as I toured the North Island.  That tour turned into a possible job search upon getting the news that the station wasn’t long for this world.

I left Los Angeles for Auckland late at night on January 16, 1994.  Had I stayed a few hours later, I would have been caught in the Northridge earthquake, which took place the following morning.  I didn’t hear about it until landing in Auckland 13 hours after taking off.  One of the stops that I made in my travels was in the coastal town of Tauranga, where I met with a man named Craig Newland. Craig was launching a new radio station, called Classic Rock FM, and based on our conversation I was on the short list for mornings at the station. I also made the acquaintance of Chris Byrnes, a radio programmer in Wellington, and started to realize that I had a reasonable chance of finding employment in New Zealand if I wanted it.

Just before heading back to Chicago, I placed a very-long-distance call back to WCFL, and got the official word that I’d be coming back only to collect my personal effects. The station had been sold to the Illinois Bible Institute, and my services would, in no uncertain terms, not be needed. Needless to say, that made for a long flight back.  January 30, 1994, I took off for home – landing before I took off thanks to the curiosity that is the International Date Line. It was 13 hours back from Auckland (with a stop in Tahiti) on Qantas to a seven-hour layover at LAX, where I fought the desire to sleep and instead watched Dallas beat Buffalo in Super Bowl 28.  I got to the plane back for Chicago in a very half-awake state, and “L.A. Goodbye” by Chicago’s Ides of March was in my head. It was a song we played on WCFL, and I clearly remember it on a loop in my head as I headed back for Chicago.

About a week after I got back from the trip, I got the good news/bad news from Tauranga: they wanted to hire me for the job, but I wouldn’t qualify for a work visa. NZ law at the time prohibited the issuance of a visa to a foreigner if a qualified Kiwi could be found on the unemployment rolls. Since that was the case, the station could not legally make the offer. Six months later, the need for a programme director in Gisborne – and a tip to that station’s owner from Chris Byrnes – allowed me to get the visa and make the move to the Southern Hemisphere. That move  would turn out to be a turning point in my career, and the mix tape I prepared for the move opened with… “L.A. Goodbye.”

You can wave L.A. goodbye, too, by clicking here.