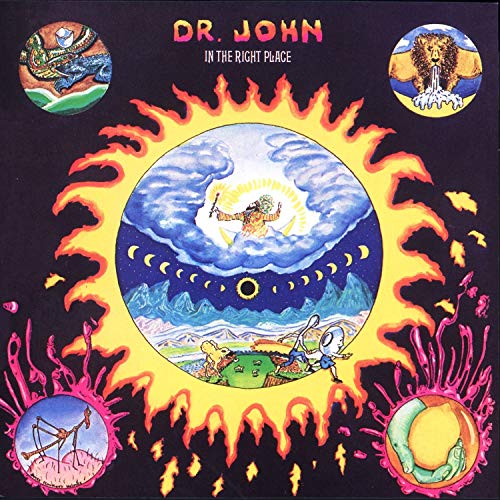 Malcolm John Rebennack, better known as Dr. John, passed away today in New Orleans of a suspected heart attack. He was 77.

Renneback’s career started as a backup and session musician in the 1950s. He cut his teeth in New Orleans, working with luminaries such as Professor Longhair in his teens, which led to regular work as a session player at Ace Records. As Dr. John, he was in demand in a variety of genres: consider that he provided backup for Neil Diamond’s Beautiful Noise LP as well as keys for Carly Simon and James Taylor’s version of “Mockingbird.” Throw in the work with Clapton, and playing on stage with The Band at their final show (in the film The Last Waltz), and you’ve got quite the career.

Dr. John broke through as a solo artist in 1972 with Dr. John’s Gumbo. Heavily influenced by his Louisiana roots, the album gained notice and spawned a charting single in “Iko Iko.” (Depending on your age you also know this by The Dixie Cups or the Belle Stars.) The biggest solo success came in 1973 with the LP In the Right Place. This gave us the song he’s probably best known for, “Right Place Wrong Time.” It was a Top Ten hit and had lyrics from people from Bob Dylan to Bette Midler, who all enjoyed Dr. John’s work.

A whole different generation may not know another important influence Dr. John had: he’s the inspiration for Dr. Teeth, the leader of the Electric Mayhem, the house band (of sorts) on The Muppet Show. For a lifetime of contributions, Dr. John was inducted into the Rock and Roll Hall of Fame in 2011. You saw him in the 1978 version of the film Sgt. Pepper’s Lonely Hearts Club Band, and you heard him contributing to a variety of artists’ work as recently as 2017. After Katrina devastated his beloved New Orleans in 2005, he was one of the artists to spearhead music to raise money for relief efforts.

Perhaps I am hallucinating this, but I recall Dr. John’s music being used to sell Chicago White Sox tickets in commercials in the 1980s. Of course, I can’t find proof of this anywhere, and might be confusing him with a soundalike. (Given the failed marketing and tight budgets of that team through the 80s, that’s perfectly logical. Then again, they seemed to get the Oak Ridge Boys year after year to sing the National Anthem, so anything’s possible.)

You can hear the single version of “Right Place Wrong Time” by clicking here. A much cooler live version, complete with that Clapton fellow, is here.