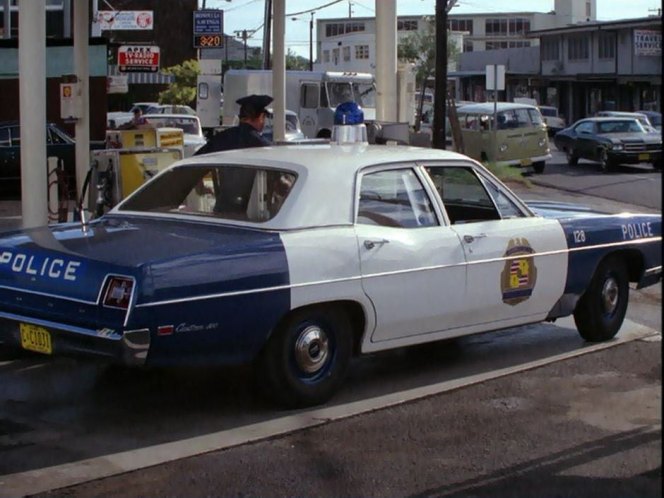 Fifty years ago this week you might have been reading the Playboy interview with Marshall McLuhan, he of “the medium is the message.” If you are interested in communication studies and have never read the interview, it’s pretty interesting. (If you want a shorter version, I refer you to Annie Hall. )

The next day – March 9 –  a group of sisters that call themselves The Shaggs record what is regarded as the worst album ever made, called Philosophy of the World. It should probably get its own post, and I should get around to that soon.

On Monday the 10th James Earl Ray will plead guilty to the murder of civil rights leader Dr. Martin Luther King Jr. the previous April. He’ll be sentenced to 99 years for the crime. Wednesday the 12th marks wedding bells for the last remaining single Beatle. Paul McCartney marries American photographer Linda Eastman, and we get to hear her sing a few years later. That same day CNN reporter Jake Tapper is born.

On the charts: The number one song in the US remains “Everyday People” by Sly and the Family Stone. There will be a new one next week, though – so stay tuned.

What’s making its debut this week?

“Blessed Is the Rain” – Brooklyn Bridge (debuting at #67). The biggest debut this week is the follow-up single to “Worst That Could Happen,” which ends up being the only Top 40 hit for this band led by Johnny Maestro, formerly of The Crests. This will come close, landing at #45.

“Shotgun” – Vanilla Fudge (81). This is the last chart entry for this band, and it will climb up to #68 later in the year. You’ll never hear Junior Walker and the All-Stars the same way again. Once this band folds up, drummer Carmine Appice will move on to work with Jeff Beck and Rod Stewart.

“No Not Much” – Vogues (84). Back on February 15th a version of this by the Smoke Ring debuted. It’s at #85 this week, meaning that the Vogues version shot past it in its debut, and if we were playing the whole chart, we’d hear it as a two-fer. I think I’m still partial to the Four Lads no matter what.

“I Can Hear Music” – The Beach Boys (86). This will make its way up to #24. That’s significant because it’s the last time the band will release an original single that makes the Top 40 until their cover of “Rock and Roll Music” in 1976. (Even “Sail On Sailor,” a sog I love, misses the mark by a few places.)

“Didn’t You Know (You’d Have To Cry Sometime)” – Gladys Knight & the Pips (88). Now we’re getting somewhere. This should have been a bigger hit, but will only manage to climb up to #63. Their next release will do much better, but I don’t want to spoil that. This one is written by Nick Ashford and Valerie Simpson.

“Aquarius/Let the Sun Shine In (The Flesh Failures)” – The Fifth Dimension (89). From the soundtrack of Hair, it will go on to spend six weeks atop the charts and rest as the top-selling single of 1969. There’s not much more I have to add that you haven’t already read, so I’ll direct you back to this piece from last year about Joe Osborn, who played that absolutely kick-ass bass long on the record.

“Sing a Simple Song” – Sly & the Family Stone (90). Sure, they’ve got the #1 song this week – which you can find on the A-side of this single – but this one’s also a solid record. It won’t venture up the chart much higher, stalling at #89 and disappearing after four weeks.

“Don’t Touch Me” – Bettye Swann (91). Here we have our first “oh wow” of the week. Did you know that Bettye Swann hit the Top 40 twice? Your local Oldies station probably hasn’t shared that with you. This is the second of the two, which will sneak in at #38 for this singer from Shreveport, Louisiana. This is a great record.

“Will You Be Staying After Sunday” – The Peppermint Rainbow (92). This is another song that I love to sneak into the rotation whenever I can. This is their only song to crack the Top 40, landing at #32, but it screams late 60s pop to me. I don’t think it gets nearly enough airplay.

“Nothing But a Heartache” – The Flirtations (93). This one you probably have heard on an Oldies station at least two or three hundred times, despite not becoming as big a hit (#34) as the Peppermint Rainbow record just before it. The charts are unfair sometimes.

“Playgirl” – Thee Prophets (96). OK, now let’s talk about how the charts are REALLY unfair. This is a catchy little record that merits an “oh wow” designation. This should have been huge, but stalled out at #49. It’s the only release to chart for this Milwaukee band, and, well… they were robbed.

“Hallways Of My Mind” – The Dells (97). Both sides of this record end up charting; neither will get much higher than the bottom of the chart. This one stalls at #92, and I suspect that any airplay it got was in the Chicago area (the band is from suburban Harvey, Illinois). It’s not a bad little soul shot.

“The Wedding Cake” – Connie Francis (98). If you’d have given me three guesses as to whether or not Connie Francis charted a record in 1969, I’d have said “no” all three times. I’d have been wrong, since this one – her last song to hit the Hot 100 – will spend four weeks on the chart and rest at #91.

“Only You” – Bobby Hatfield (99). We almost went through a whole week without multiple remakes, but here’s another one. Hatfield performs a mostly-true version of the Platters classic, and record buyers don’t move it any more than four notches higher than this.

“Hawaii Five-O” – The Ventures (100). I’m drawing a blank now as to the name of the bar in Chicago that used to play this in the 90s and have it be an excuse for the waitstaff to stop working, hop up on the counter, and dance. As far as instrumental rock goes, it’s a damn fine record. It’ll make it up to #4, making it the second-biggest hit that the Ventures ever had. I started learning how to play the drums in grade school, and – had I any aptitude for it – I would have wanted to try and figure out how to play this. Maybe I still will.