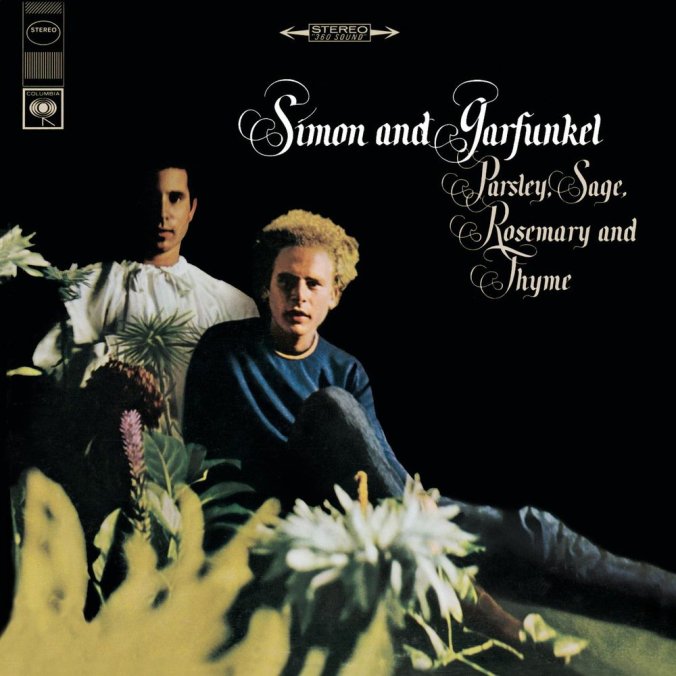 Right around the time I turned 14 was when I made the second major raid on my parents’ abandoned music collection. I’ve written much about taking possession of their 45s at the age of 4 (covered here and here), and in the years that followed I made it a habit of either borrowing their LPs or listening to them on the giant console stereo in the living room. Freshman year of high school changed that. Instead, I was confined – by my own choice – to my bedroom. I had shared a room with my brother from the time he was born until high school, and once I finally convinced my parents that I should have my own space, I made the most of it. I had my own stereo set by then, which was an eighth-grade graduation gift. (Fun fact: it still works, and now lives in my office in Lake Superior Hall on the GVSU campus. The original record player was junked years ago, but the receiver/cassette/8-track part is still solid.) I had started acquiring my own LPs by the time I was ten, and my parents weren’t playing theirs anymore, so the slow move of the vinyl into my hands began.

This was also about the time that I started writing poetry. Not good poetry, mind you: no high school student really does that, except in rare circumstances. No, I was forcing things to rhyme, imprisoned by iambic pentameter, and fancying myself the next Voice of My Generation or something like that. So it should be no surprise that the three Simon and Garfunkel LPs my parents owned – this one, Bookends, and Bridge Over Troubled Water – made their way to my room. Subsequent record safaris led me to original copies of Wednesday Morning, 3 A.M. and The Sounds of Silence, and all five Columbia two-eye pressings remain in my possession to this day. I started paying much, much closer attention to lyrics – how to weave words together to create images. By my sophomore year of high school I had decided that I wanted to do something involving writing and communication, which I was soundly talked out of by the guidance department at my high school. (“Your lowest grades and scores are in English,” they said, “and you should stick to math and science.” “I’d like to get better,” I replied, “and I’d like to do something creative.” Case closed, and the Mathlete went to college as a chemistry major.)

Now, that’s not to say that all of the poetry that Paul Simon wrote was brilliant, and I suspect he’d be the first one to cop to that. For Simon wanted to be a pop star, I think, just as much as he wanted to be seen as a poet. Simon, of course, started making pop records with Art Garfunkel in 1957 recording as Tom and Jerry. (That’s the in-joke in “The Only Living Boy In New York” : “Tom, get your plane ride on time” is addressed to Garfunkel.) Paul Simon was Jerry Landis, who also put out a few solo records that didn’t make a dent, most notably 1963’s “The Lone Teen Ranger” which did chart at #97. (No, I didn’t forget about Tico and the Triumphs, who hit #99 in 1962.) Paul and Art didn’t make a splash under their own names until late in 1965, when a re-worked version of “The Sounds of Silence,” a song included in acoustic form on Wednesday Morning, was electrified and re-released, and shot straight to #1. A few more folk crossovers rounded out the second album, and by the third – P, S, R & T – they had started to become a little bit self-conscious.

There’s also no small amount of jealousy, either. This is the album that contains “A Simple Desultory Philippic (Or How I Was Robert McNamara’d Into Submission),” which is a thinly-veiled swipe at the phenomenon that was Bob Dylan. Dylan, of course, had famously gone electric by this time, and this song serves as a parody that isn’t necessarily all in good fun. The song got me to do two things: one, look up all of the references contained within (a high-school kid in the 80s wasn’t necessarily versed in Norman Mailer), and two, finally decide to drop the needle on that copy of Dylan’s Highway 61 Revisited that was abandoned downstairs. That decision kicked open a whole new set of doors for me. In a sense, Simon and Garfunkel were the gateway drug to my Dylan fandom. The album has other misses: “The Dangling Conversation” is one that even Art Garfunkel finds to be pretentious, and “The Big Bright Green Pleasure Machine” still sounds like it was forced into the background in The Graduate.

But this album also provided me with a lot of tracks that I loved for their intricacy. You don’t have the powerful montage of Ben and Mrs. Robinson’s trysts in The Graduate without the title track from this album, nor would I have the habit of putting all of those spices in a row in the kitchen. I still put on “Patterns” every now and then, and have the same visual of the rat in the maze that I came up with when I first heard it 35 years ago. As I started moving around from job to job, “Homeward Bound” took on a whole new significance. “The 59th Street Bridge Song (Feelin’ Groovy)” always brings a smile, even if for the wrong reason: it takes me back to the morning after a pretty solid party in college, where someone walked through the room waking us up singing, at full volume, “Ba-da-ba-da-da-da-da… feeling shitty!” And one of these days I’ll get around to doing an updated version of “7 O’Clock News/Silent Night,” though the original is still both powerful and poignant. Throw in “For Emily, Wherever I May Find Her” and “A Poem On the Underground Wall,” and there’s a lot to like about this album.

And yet, the first song I think of when I consider this LP is a short piece of what seems on the surface like pop fluff. “Flowers Never Bend With the Rainfall” clocks in at only two minutes and ten seconds, and yet it probably best sums up those nights spent alone in my room as an angsty teenager. It was released as the B-side of “I Am A Rock“, making it part of possibly the most isolated and lonely 45 ever put out. “Flowers” got philosophical and deep (at least for me at the time), it got me asking questions about why things are the way they are, and how I fit into all of it. A lot of fourteen year-olds wrestle with this, but for me the song just sort of summed it all up. Over the next year I’d see a lot of changes; my parents would split up, my friend group would begin to change, and not every girl that I met thought that I was weird. The times, they were a-changin’, and this album provided the soundtrack for some of the biggest and most profound of those changes, earning it its place on this list.

So, we continue to continue to pretend. You can hear “Flowers Never Bend With the Rainfall” by clicking here.