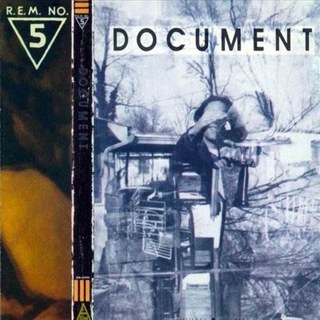 We’re continuing the Facebook-inspired meme of “post ten albums that mean something to you but don’t say anything about them,” except that I’m saying something about each of them. Born to be wild.

By now it’s probably very clear to readers of this blog that the fall of 1987 was pretty life-changing for me. I enrolled at Lewis University and – in an effort to find something to do and possibly to meet girls – I got a job at campus radio station WLRA, which turned out to be a decision that changed my life in immeasurable ways.

WLRA was very free-form in its operation. There was a wall full of albums, another wall full of songs on cartridge tapes (“carts”) that could be cued up easily for airplay, and we were allowed to bring in our own music if it was suitable for airplay. My shows typically featured a mix of all of the above. Students who were doing daytime shows, defined as airing before 6pm, were supposed to play two “new releases” per hour. These were determined by the station management and placed in a special section of the wall rack. A number of the songs on cart fit this description as well. As a classic rock/oldies guy in 1987, I had really no idea what the music was in the new release section, and – to be honest – sort of laughed a lot of it off as “college radio fodder.”  Even today, there’s this belief that college radio stations are supposed to play a particular type of music and avoid playing anything with any mainstream feel to it. Unfortunately, a lot of that is shit. I’m always amused by any group that proclaims how “different” it is while the members all conform in some way. (This was made very clear at a summer show in the early 90s in Chicago sponsored by WXRT.  I’ve never seen so many people with the same hair color, eye makeup, and dour expression celebrating how unique they were.) At WLRA we called ourselves a “top 100” station, meaning that, sure, we’d take a chance on new music if it sounded decent, but you might also hear Debbie Gibson, more so if it was my show. It’s a programming model for college radio that I still use with my students today.

Every so often, though, something would turn up in the “new release” pile that wasn’t just a little good, it was really good. And it was in that pile in September of 1987 that I discovered a band from Athens, Georgia who went on to become pretty big.

(needle scratch) Wait, Len – R.E.M. was fairly well known before that. Are you saying that you never…

No. I didn’t know who they were. I vaguely remember a video for “Driver 8” being on MTV in my house, but not enough to leave an impression. No, Document served as my introduction to the band, and this album did a few things:

-It opened me up to the possibility that there was a lot of music out there that I should explore. While it was tempting – and still is – to keep the same frozen playlist  for life, you could be missing out on stuff.

-It prompted me to go digging backwards. For some reason, I was more comfortable seeking out a Dylan album that I didn’t have or other catalog material, but nothing newer than that. Document convinced me to listen to Fables of the Reconstruction (so there’s Driver 8!”), and so on. It also pointed me to their 1986 version of “Superman,” which was originally recorded by the Clique and is a fantastic record.

-It gave my Saturday shows on WLRA a closing theme song. For an entire semester I closed my shows with “It’s the End Of the World As We Know It.” A bunch of us, in a pre-Internet world, tried in vain to figure out all the lyrics, which were not included on the album. I wrote about this song previously here.

The spine of Document contains the words “File under fire.” Fun fact: the word fire appears in every song on the album – and there are some good ones. You certainly know “The One I Love” as it was the big hit, hitting #9 on the pop chart that fall and giving the band their first Top 40 song. (My question: did all those other “we can’t be remotely commercial” college stations drop the band at this point?) Because “The One I Love
was on cart, I think it would play about every two hours on WLRA. Even “It’s the End of the World…” managed to make the Top 100, landing at #69.

The album is also worthwhile for “Lightnin’ Hopkins,” and for one that I’d play every so often called “Exhuming McCarthy.” In the middle of the track, we hear the famous audio of Joseph Welch asking the Senator “Have you no sense of decency?” It’s a clip that I’ve used since in journalism classes, and at the same time worked into my college radio shows without fully understanding its ramifications. I’m thinking that perhaps I need to drop it into the library at my current station now.

So, for kicking open a door of sorts, Document deserves a place on this list.

See if you have a sense of decency.  You can hear “Exhuming McCarthy” by clicking here.