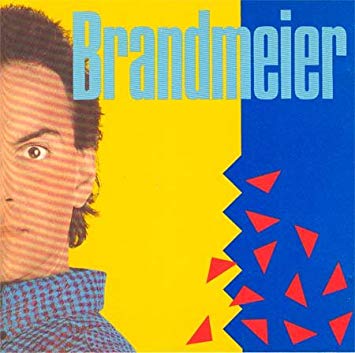 The Hyper Rooster is in the Hall.

For the second year in a row a local Chicago radio legend has gotten the call for the Radio Hall of Fame.  Jonathon Brandmeier, who held down mornings at WLUP in Chicago through the 80s and  90s, has followed John Records Landecker into enshrinement coming this fall. Media critic and radio fan Robert Feder broke the news this morning.

How big was Johnny B? He was one of two acts ever to sell out the massive lawn of the former Poplar Creek music theater for his live show.  (Dire Straits was the other.) I’ve told my students about everyone heading to these concerts, and being lucky to get tickets, and they don’t believe it (until they see it.) You couldn’t go anywhere in the city without bumping into someone saying “Yeah baby”! People knew all the words to “We’re All Crazy in Chicago.” And talk around the water cooler, among people of a certain age, centered on what phone scam Johnny had pulled that morning.

The apex of Johnny’s popularity coincided with my start in college radio in 1987.  I quickly knew that I wanted to be in radio, but I knew I could never be a Johnny B. I wanted to be the guy that was the music expert, the pleasant voice that accompanied drivers on their way home in the afternoon. But I kept getting stuck on in the mornings, encouraged to be just a little bit ridiculous or outspoken or wacky, and I wasn’t comfortable with it. It’s not a coincidence that at my last stop, WGVU-AM – the station I created – I put myself on in the afternoons and not the mornings. I was finally able to go where I wanted.

It was perhaps never more obvious than in 1991-92, when I was holding down what passed for a morning show at WLLI in Joliet. My show never made the ratings in Chicago, and there was no way it was ever going to. The morning landscape in Chicago at that time featured Brandmeier, Tom Joyner, Doug Banks – and they all lost to Bob Collins at WGN in the ratings. If I had the ability to, I probably would have had a radio with me in the studio to listen to Johnny while I was in music. In no small part that’s because WLUP in the early 1990s was like WLS was in the 1970s – you wanted to listen to it all the time, and didn’t want to miss a minute. Brandmeier gave way to Kevin Matthews, who warmed ’em up for Steve Dahl and Garry Meier, who introduced Danny Bonaduce at night – it was a station that always featured the “unpredictably predictable.” You wanted to be a part of the party.

The music that Brandmeier’s band – The Leisure Suits – got plenty of airplay on the show as well. The band – the one that sold out Poplar Creek – made it to the Arsenio Hall show, accompanied Johnny on his own TV show in Chicago, and created songs that listeners sang along with word-for-word. Case in point: find a forty-something and ask ’em to sing the chorus to the “Moo Moo Song.”  They’ll know it.

Brandmeier – like Landecker before him, and Ron Britain before him – inspired a generation of young broadcasters to go into radio, to show that it was still cool. For that alone we owe him a debt of gratitude. (And these guys still have it: when Landecker’s autobiography first came out in 2013, Brandmeier was working at WGN and had him on as a guest. It wasn’t typical talk radio, and you can hear the interview here. In fact, today’s younger broadcasters should listen to this, especially where they talk about the importance of content.)

The song that I first thought of upon hearing the news was “Just Havin’ Fun.” It was the anthem of the Johnny B Showgram, and it had a message that resonated with me throughout my career: “Until I get another offer, this is where I’m gonna stay.”

One thought on “Congratulations to Johnny B! Johnny and the Leisure Suits, “Just Havin’ Fun” (1981)”