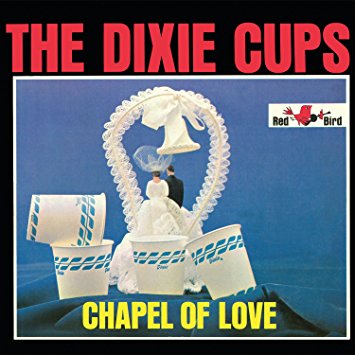 (Above: The lack of a pumpkin on the sleeve should have been my first clue.)

I’ve always been one to judge a song by its lyrics. I should clarify that: if the song has lyrics, I want them to be great. (I’m a sucker for a terrific instrumental, but even then I probably start making up lyrics to fit. To wit: “Onions… those big green onions… you can put ’em in a salad… or you put ’em in some soup.”) If the lyrics are problematic, the song is very likely going to get notched down on my list of favorites. When Van Halen released “Why Can’t This Be Love” in 1986, I could not get past the line “Only time will tell if we stand the test of time.” (It also sounded to me like a beer jingle, but that was a different issue.) Likewise, when my wife clued me in to a Christmas song this year with the line
“all the feels feel feelier,” I went out of my way to avoid it. The lyrics to a song were chosen for a reason, and it’s important to understand what they are.

Of course, this isn’t always easy. Sometimes the lyrics are undecipherable or lead to confusion. One’s life experiences also color the way that we perceive things, so to a child, for example, the words to a song will be shifted in some way that makes sense to the child. I will freely admit to having been confused, as a five-year-old, by the song “Chapel of Love” by the Dixie Cups. We didn’t go to a chapel, we went to church.  Going to the chapel made no sense to me, and instead I heard the lyric as “going to the jack-o-lantern, gonna get married.” Don’t ask why it is more sensible that people assemble at a carved gourd to take part in a ceremony of commitment; I was five.

This phenomenon isn’t limited to young children, though. Often people think that they hear one thing when there’s something entirely different going on. Books have been written on the subject: one that sold for years used the misheard Jimi Hendrix lyric “”scuse me while I kiss this guy” as its title. There’s a variety of websites that collect these sorts of things as well.  I’ve looked through the books and websites, and while some of them are amusing, I couldn’t help but think that people were going out of their way to create a stretch of imagination in order to go for a laugh.

No, instead, I thought it might be fun to float a few out there that I know are real, either because I heard them myself or they were phoned in to me on the request lines over the years. Let’s start with these:

-Martin Page, “In the House of Stone and Light.” This song was popular for a few minutes in 1994 and occasionally turns up on adult hits playlists, though I have to admit that it’s been a few years since I have heard it. I could never get through the record with a straight face, though, once I heard the last verse. You will never convince me that the lyric at 2:50 or so is not “with a lump of poop in my eye,” even though I’m pretty sure that it is not.

-Humble Pie, “Thirty Days In the Hole.” A special shoutout to the WCFL/Morris listener who called one morning to ask me to play “Dirty Dave’s In the Hole.” This leads me to ask a lot of questions. Who is Dave and how did he end up in the hole? And can someone get him a towel?

-Marshall Tucker Band, “Heard It In a Love Song.” I can’t tell you how many times I’ve heard people who just have the chorus down sing it as “pretty little love song.”  See, this is a case where the misheard lyric not only makes sense, it might make more sense than what’s supposed to be there. Either way, it’s a great record that I will always leave on to completion when I hear it.

-The Bucketheads, “The Bomb!” If I’ve had the single in 1995, maybe I wouldn’t have been confused.  The parenthetical title is “These Sounds Fall Into My Mind.”  It is not, in fact, “cheese fries going through my mind,” no matter how much more funny that is. See, I should have done a full-on parody, because that works, and parody songs about food are catchy (see Yankovic, Al).

There are some songs that we just don’t know the right words to, and most people are probably singing them wrong. A few that I had to look up:

-The Strawberry Alarm Clock, “Incense and Peppermints.” There’s no question that this band thought that they were living better through chemistry (reference their drug bust in Peoria), so we’re starting off with a tricky set of words that the band didn’t write for themselves. Add to that the addled memories of those who loved it fifty years ago mixed with a new generation that’s just finding it, and you get a little disagreement over what’s being said. As a public service, let’s do the first verse and get everyone on the same page.

See? There’s nothing about “old Cajuns” in there anywhere.

-The Kingsmen, “Louie Louie.” This is perhaps the most-storied case of “what the hell is going on there,” so much so that the FBI actually got involved.  You see, if we can’t understand what’s being said, it must be dirty, and won’t somebody think of the children? After all that digging, and playing the record very slowly, it was determined that there’s nothing there.  Hell, the FBI could have just waited for the Beach Boys’ cover, which is pretty safe for the whole family. (WKRP in Cincinnati broached the subject of lyric censorship in 1981 , which was one of the better episodes when it came to looking at the radio business.) The irony here really is that there was all this gnashing of teeth over “Louie Louie” and very little said of the Kingsmen’s follow-up, “The Jolly Green Giant,” which essentially explains that the guy’s angry because there’s no women his size.

-As long as I brought up WKRP in Cincinnati, we need to consider the closing theme song to the show, which viewers have been trying to decipher for almost forty years. Let me save you the effort: there are no real lyrics to it. Jim Ellis, who recorded the song, went into the studio without finishing the record, and just improvised. Show produced Hugh Wilson loved it, and used it as a sort of commentary on how you really can’t understand the words a lot of the time anyway. Despite there being no real lyrics, it hasn’t stopped people from guessing anyway.

How about you?  What have you heard and thought you knew, only to be disproven later?

7 thoughts on “Going to the jack-o-lantern: Lyrics misheard by children, young and old”