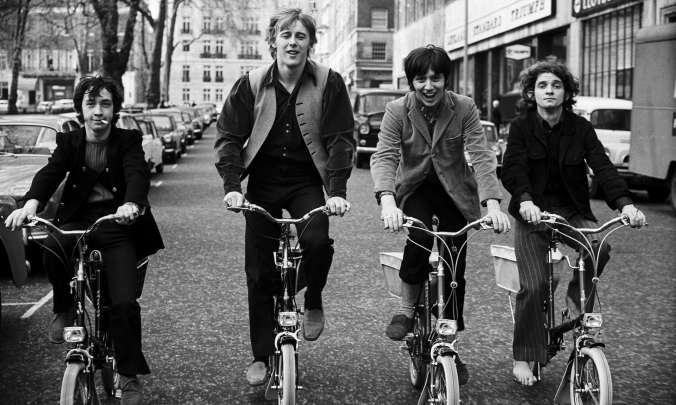 (Above: The Easybeats, riding their bikes.)

Got word this morning from Australia that George Young passed away at the age of 70. The Guardian wrote a full obit, which you can find here.

In Australian pop music circles George is one of the most famous names there is, despite most Americans not being familiar with him off the tops of their heads.  Stateside we’re much more familiar with his younger brothers Angus and Malcolm, who provided the backbone for AC/DC.  What should be taken into consideration, though, is the fact that those great early records by the band – the ones that every so often I put on in the office to the puzzled looks of my academic colleagues – were produced by big brother George.

Young started his musical career as a member of the Easybeats, a group that placed a worldwide hit with “Friday On My Mind,” which made it to #16 on the American pop charts in 1967.  Young and Harry Vanda, also a member of the Easybeats, formed a songwriting team that turned out a number of Aussie pop classics. Some of them transcended borders: perhaps the biggest was “Love Is In the Air,” a 1978 hit/disco classic for John Paul Young that made it into the American Top Ten.

Young and Vanda had one more major hit of their own. Recording under the name Flash and the Pan, they wrote and sang “Hey, Saint Peter,” which is a terrific song that was released across the rest of the world in 1978 but just dented the charts in the US in 1979, stalling at #76. It’s one that pops up on “alternative/new wave” CD collections every now and again, and is worth the listen.

It’s a Monday, and I’ve got Friday on my mind.  You can hear the song by clicking here.