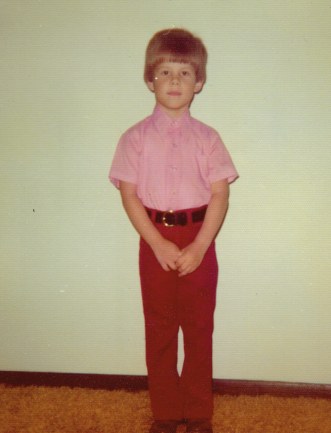 Today is the first day of school for Grand Valley State University (and for many other colleges, high schools, grade schools, etc.) Many schools have started already: you’ve no doubt noticed your time line filling up with pictures of kids heading off for school as relieved parents plan to get the house cleaned up for the first time in months.  (Generational rant: it must be because we had to send film in the mail to get photos, but I don’t remember a picture being taken the first day of EVERY school year.  Kindergarten, sure, and then nothing until you graduated.)

Of course, I got to thinking about songs that would make for a good soundtrack for the day.  Note that these may not be *your* songs, or they may not even make sense.  But that’s the fun of writing a blog: engaging in a creative exercise for the enjoyment of the few dozen who will run across this piece.  Anyway – on to the music…

I wrote about this one a year ago at this time.  It’s a mixed message.  The song is about “never going back,” and yet here we are.

The theme song to Welcome Back, Kotter was a #1 hit record for Sebastian, best known as the singer for the Lovin’ Spoonful. Of course, the show dealt exclusively with the joys of being in high school, even if the students appeared to be in their thirties (as was so common in TV shows). The song tackles the idea of “you can never go home again” and refutes it.

Two or three years ago (they’re blending now! Aargh!) this song came on the radio as I was pulling into campus on the first day, and that’s now the memory I will forever associate with this record.  It’s also a jam, which helps. (Honorable mention should also go to “Teacher Teacher” by .38 Special, which is yet another example of “song from movie makes OK video except for movie lines talking over the song.”  And no, I’m not including “Don’t Stand So Close To Me” by the Police on this list because it’s, well, a little pervy.)

Stay with me on this one: if you recall the film Fast Times at Ridgemont High (and if you don’t, you should watch it again), the scene where everyone returns to Ridgemont is underscored by Petty’s guitar solo that opens this record – as a guy throws a roll of toilet paper at the building. The first day of our senior year at Andrew High School in 1985 a bunch of us got to school early and parked in the lot.  As I pulled into the lot in my beat-up 1969 Chevy, I had “American Girl” playing on the boombox on the seat.  (Recall that the car radio died earlier that summer and was replaced by a White Castle box.)

Like all things Ramones, it’s fun and it’s short. If only the movie was as short as the song.

Gary had a hit with “School is Out” to celebrate the end of the school year in 1961.  The record company, in a fit of originality, decided that the start of the year should have its own record, and this was the follow-up single. Guess which one sold more copies? But, be honest: there got to be a point every summer when you ran out of things to do, and actually looked forward to going back to see your friends.

I’m ending the list here with a fantastic song.  I could listen to the instrumental break from this record on a loop for hours. This was one that we played in a lunar rotation at WXLP and I have dug it ever since.

I’d add more, but I need to get to class.  What goes on your list?  Feel free to add more in the comments below.

4 thoughts on “Soundtrack for the first day of school (Various)”