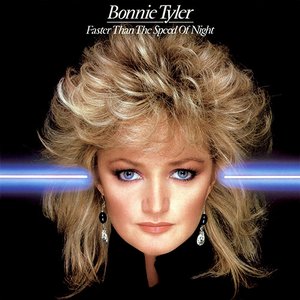 In case you have been avoiding any and all news coverage for the last week, today’s the day when a good portion of the United States is plunged into darkness for reasons other than someone saying “Hold my beer while I do this a sec.” For the first time since February 26, 1979, a total solar eclipse is viewable from the continental US.

I remember the 1979 eclipse vividly.  I was in the fifth grade at Helen Keller School in Tinley Park, IL, and very much into science.  (I was the kid that had the weather forecasting kit in the back of the room and wrote a weather forecast each day. It delayed dating tremendously but helped me as a broadcaster to understand natural phenomena.) One of the teachers in the school (I forget which one) rigged up a pinhole projector to get the image of the sun through the window onto the chalkboard.  Undaunted, I fashioned a pinhole camera out of a cardboard box, got permission to go outside, and demonstrated to classmates how to safely look at it. It was a partial eclipse; I’ve never seen a total solar, and won’t be seeing one today.  (In a fit of unfettered confidence I am waiting for the 2024 eclipse that no one is talking about yet. It will just miss Detroit but put the path of totality just outside of Cleveland – a much shorter drive.)

So, of course, I got to thinking about songs having something to do with eclipses in some way.  As a protest I am leaving Bonnie Tyler’s “Total Eclipse of the Heart“ off of the list for two reasons: one, it really only has the word “eclipse” in the chorus and doesn’t work it in any other way, and two, I’m tired of hearing already that she’s going to sing it on a boat during the eclipse.  The time of totality is only about two minutes, and I remember that damn song lasting for like five, so I am not sure how that’s going to work.

That said, here we go:

Carly Simon, “You’re So Vain.”  July 10, 1972 was the date of a total solar eclipse seen across Canada, specifically Nova Scotia. This event was immortalized later that year when Carly Simon, singing about a number of men, it turns out (Warren Beatty is only referenced in the second verse), pointed out that one of them was so flush with cash that they flew up to see the eclipse.

Pink Floyd, “Brain Damage/Eclipse.” If my memory is right, it was May 14, 1984, when I pulled a lawn chair out into the middle of the yard on a school night to watch an eclipse of the moon.  While doing so, WLUP-FM in Chicago tracked the entire Dark Side of the Moon LP to coincide with the maximum eclipse, and I had it on a boom box at a reasonable volume.

Those are the easy ones.  Now, we have to get creative with sun songs:

The Police, “Invisible Sun“ (You could also go with “King of Pain,” although it’s not a little black spot on the sun today…)

The Walker Brothers, “The Sun Ain’t Gonna Shine Anymore“ (made recently famous by Steve Carell and Keira Knightley in Seeking a Friend for the End of the World.)

Billy Thorpe, “Children of the Sun.”  (This was a song that I got calls for any time we opened the phones for requests at 97X.)

We can also put some moon tunes in as well:

Cat Stevens, “Moonshadow.” (Although I can’t hear this song and not laugh.  When we were playing radio in sixth grade, we joked about making a video with a guy singing this song while being followed by a giant ass in the sky.  Damn, that’s still kind of funny.)

Van Morrison, “Moondance.”  Because there is never a reason NOT to play this song.

Starbuck, “Moonlight Feels Right.”  This might be the coolest xylophone solo in rock and roll, and as such earns a place on the list.

Duran Duran, “New Moon on Monday.”  Even more appropriate based on the calendar.

Of course, given the forecast in Michigan today, I could go with just one track: Simon and Garfunkel, “Cloudy.” “Hey sunshine… why don’t you show your face and bend my mind?”

What would go on your list?  Feel free to leave them in the comments.  And if you are among those traveling great distances to see the total eclipse, may you have clear skies and not be blinded by the light.