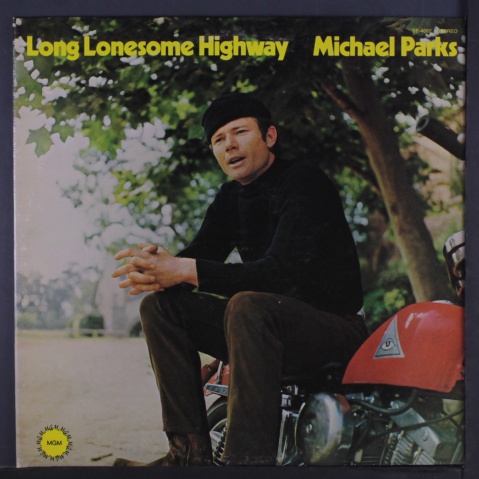 (Above: The picture sleeve from the MGM single.)

Singer and actor Michael Parks passed away today at the age of 77. Fans of television may remember him best for his role as Jean Renault in “Twin Peaks,” while film buffs may recall his role in “Argo” or his part in the “Kill Bill” series.  In total he has 146 credits on IMDB.com, including some works listed as announced or in progress.

Of course, when I saw the news, the song “Long Lonesome Highway” popped into my head.  The song was the theme song to the short-lived show “Then Came Bronson,” on which Parks starred.  The song was big enough to make it to #20 on the Billboard chart. In total Parks released eight albums, the last in 2011.

You can hear the song by clicking here.