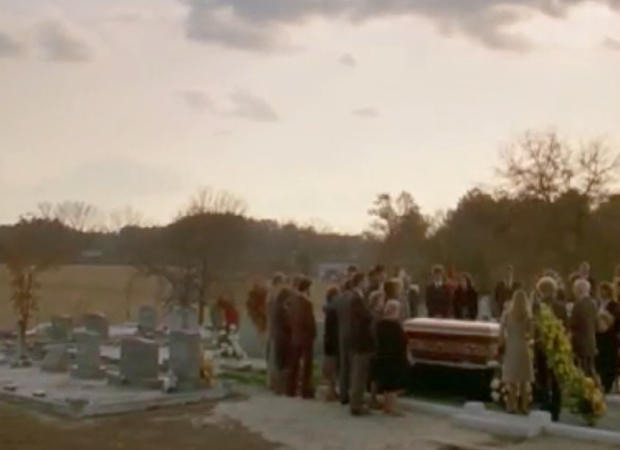 (Above: Alex’s funeral in The Big Chill, which many people picture when they hear this song.)

I was fifteen years old in 1984 when my family rented a copy of The Big Chill. We loaded it into the ginormous VCR that sat atop the television, dragged the cable for its remote to the couch, and watched. There was a lot about the movie that was lost on me; my worldview as a suburban teenager was nowhere near the worldviews of the complex characters in the film who were looking at themselves approaching middle age and trying to make sense of it all. It would take subsequent decades of joy and disappointment (sometimes simultaneously) to understand what was really going on in the movie (right down to the significance of gathering around the TV to watch the Michigan game on a fall Saturday).

What had an immediate impact on me – as it did many others – was the soundtrack of the film.  It was the first time that I remembered a film that wasn’t American Graffiti  that was filled with so many great Oldies songs. The soundtrack – the original and then “More Songs From…” – sold a ton of copies and reminded people that the music that they loved was still great.  In much the same way Graffiti sparked a 50s music nostalgia boom, Chill did the same for the 60s sounds. Motown started repackaging various artist collections as “Music of the Big Chill Generation,” working in songs that weren’t in the film but were similar (“if you like X, you’ll love y.”) The boom of Oldies FM stations in the 80s coincided with the popularity of the film as well.

For me, this was an introduction to a lot of music that I missed. It’s easier today for a kid who is interested in old music to get online and search or have the Apple Genius Bar make recommendations.  These albums were my Genius Bar. It was my most cost-effective way to expand my music beyond my collection of 45s that was starting to grow, and it put some new songs on my radar. (The Volume 2 contained “Too Many Fish In the Sea” by the Marvelettes, which made it on to one of the car mixtapes I wrote about.) Since my parents were Beatles people and not Stones people, this film was – embarrassingly – my introduction to “You Can’t Always Get What You Want.” The week after seeing the film I obtained a used copy of Through The Past, Darkly, and took my musical preferences in yet another direction. (Let It Bleed would be a later purchase, and well worth the money.)

The song took on a deeper meaning as I entered my radio career. Promises were often made and not kept by station owners and program directors. Hopes would be held out for promotions that did not come. Job changes sometimes were forced by external forces (owners filing bankruptcy, owners going to prison, GMs posting your jobs as blind ads in the trades) and I was occasionally forced to settle for the next thing in another place down the dial that you didn’t see yourself or that you didn’t anticipate. If you try sometimes, you find you get what you need, indeed.

The song has one more very specific memory that comes to mind.  On the morning of September 8, 1989 I was in a meeting at KRVR in Davenport, Iowa, agreeing to take a job there and effectively ending my time as a college radio disc jockey after two years. It was an elevator music station (I’ve written about it here and here) and was not where I saw myself when it all started.  But I wasn’t welcome back at Lewis University in the fall due to my grades, and I felt I was ready to be more than a part-timer in my budding career. I had to move out to try to move up.  It wasn’t what I wanted, but it was what I needed. That evening I drove back to my parents’ home in the suburbs, met with all of my friends in a limo, and celebrated my friend Rich’s birthday seeing the Stones perform at Alpine Valley Music Theater in Wisconsin.  It was a rainy night, and the lawn was quickly turning to slop.  But I stood there, exposed, drenched, as Mick Jagger sang the very mantra that I had effectively chanted to myself that morning. I may have had a tear in my eye, or it may have been rain.

You can refresh your memory of the funeral scene in The Big Chill by clicking here. (You don’t see his face in the film, but the part of Alex was played by Kevin Costner, making it my third favorite role of his.)

Or, you can hear the full version – with choir and French horn solo – by clicking here.