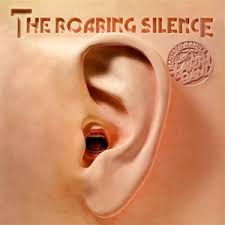 Forty years ago this week – February 19, 1977, to be exact – Manfred Mann’s Earth Band dug up an old Bruce Springsteen song and took it to the top of the pop charts.

From a pop chart standpoint, that’s rarified air for the Boss.  Consider that Springsteen has never had a #1 hit. “Dancing In the Dark” stalled at #2. There were a few #5s, and songs that we likely thought fared better did not.  (To wit: “Born To Run” made #23.)  Even “Fire,” as covered by the Pointer Sisters, only made it to #2. As I have said in other posts, the pop charts yield funny results.

“Blinded By the Light” was originally the first single released by Springsteen.  Hailed as a “new Dylan” in 1973, the first song from Greetings from Asbury Park, N.J. was supposed to be Bruce’s coming out party. It wasn’t, failing to make the charts at all.  (The single is hard to find as well; I am missing it, so if you see a copy, please pick it up for me.) Sales of the album stalled as well, as did the second LP, The Wild, The Innocent, and the E Street Shuffle. It wasn’t until the release of Born to Run, coupled with the simultaneous appearances on the covers of Time and Newsweek, that Springsteen caught on.

Enter Manfred Mann.  The band rode the wave of the British Invasion, hitting the top of the charts in 1964 with “Do Wah Diddy Diddy” and #12 with “Sha La La.” A flurry of covers of Bachrach/David tunes missed the Top 40, but the band struck gold again covering Bob Dylan’s “The Mighty Quinn,” which hit #10 in the US and topped charts in four countries. By 1970, they had morphed into Manfred Mann’s Earth Band.

And that was it.  Until, that is, they discovered Springsteen.  That first Boss LP contained three songs that the band covered: “Spirit In the Night,” “For You,” and “Blinded.”  “Spirit” was the first release, which got the band back into the Hot 100 in 1975.  “Blinded By the Light” was the magic, “right place, right time” record. It was catchy, and had very complicated lyrics that must have held some sort of deep meaning. It even renewed interest in “Spirit In the Night,” which re-charted and made the Top 40.

The magic may have been a case of mis-heard lyrics. Notice the title of this piece.  Chances are, you read it and thought “That’s not how the song goes.”  Actually, it is.  The original Springsteen lyric is “Cut loose like a deuce,” as in the hot rod.  Two things happened in the recording: the band changed the lyric to “revved up” and slurred “revved” to sound like “wrapped,” and slurred “deuce” to sound more like a feminine hygiene product. (Springsteen himself suggested that the “douche” line may have made the song more popular.) There are also two versions: the short single version, and the seven-minute-long LP mix with the extended instrumental break. That longer version moved a lot of 8-tracks.

Manfred Mann’s Earth Band hit the charts again with “Runner” in 1984 (their cover of “For You” failed to make the Hot 100) – right around the time the pop audience was rediscovering Springsteen as Born In the U.S.A. began making its way up the charts.

Sing whatever lyrics you think sound right.  The single version of “Blinded” can be heard by clicking here.