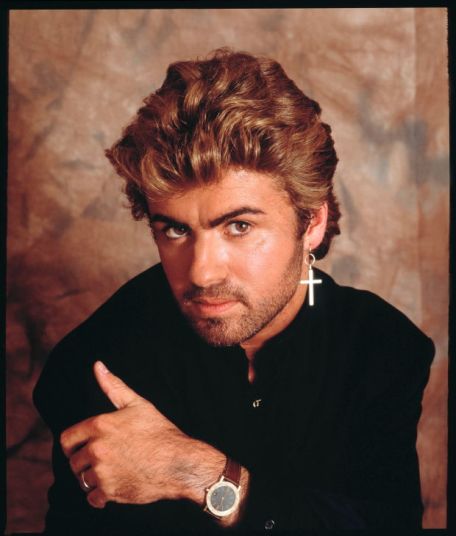 To say that 2016 has been a rough year in popular music – especially for fans of the 1980s – would be an understatement. I was still dissertating earlier in the year when we lost David Bowie and Prince, so I did not create entries specifically for their losses. (The blog didn’t start until my degree posted in July, so I missed a significant amount of music news.)  I had thought about doing the year-in-review type of retrospective that every media outlet does at this time of year, but thought to wait.  Yesterday we learned why waiting is prudent.

George Michael, known as the talented part of Wham! (originally Wham! UK) and profoundly successful solo artist, passed away “peacefully” at his home on Christmas Day at the age of 53, per a press release. In one of the cruelest ironies of 2016, the performer of “Last Christmas” died on Christmas.

Perhaps the hardest part about writing about George Michael’s career is selecting one song to work with.  There are so many directions that I could go here: I played a number of his songs on the radio and was acutely aware of them when they came out.  To wit:

“Wake Me Up Before You Go Go” – This is the song that put Wham! on the map. In the fall of 1984 there was no missing the Make It Big LP. Time has erased the memory of who it was at our lunch table in high school  that did the killer Dylan impression (mine is passable, but this one was spot on). We’d joke about what it would sound like if Dylan re-recorded everything; Steve Perry’s “Oh Sherrie” was a fun one.  So was this song.  Give it a try: in your best Dylan, sing “Jitterbug into my brain.” It works.

“Careless Whisper” – This song, when played at a sock hop, signaled single people to leave the floor.  There was to be a coupling of young romantics for five minutes of heaven. As it was a longer song, the agreement to dance was not for the casually dating.  No, your informal couples danced the three-to-four minute tunes.  Something like this or “Purple Rain” signaled commitment. Much has been made of the sax solo in this song – if you need it for ten hours, you can get it here. But we all missed the good version.  My friend Jim Bartlett (whose blog you should be following) pointed me in the direction of the original 1983 mix of the song, done by Jerry Wexler at Muscle Shoals.  This is the single we deserved.

“I Want Your Sex” – Just about every single from the Faith LP made its way onto my college radio show.  Pro tip for young DJs: dedicating this song to a girl does not, in fact, lead to the desired result. (Good thing I didn’t play the full LP version, which is what I have linked to here.)

No – the one I chose to write about is a remake of sorts, with an edge.  The release of “Freedom ’90” signaled a biting of the hand that fed George Michael. So much about the music (and especially the videos) of Wham! and George’s early solo material looked like it was concocted to deliver young, primarily female, viewers to MTV.  It turns out that that is exactly what it all was: a construct. Once George found his place on his own, he didn’t exactly need to follow orders. In the song he sings specifically about being a product:

“What a kick, just a buddy and me.
We had every big shot, good-time, band on the run, boy.
We were living in a fantasy.
We won the race.
Got out of the place.
I went back home, got a brand new face
For the boys on MTV,
But today the way I play the game has got to change.”

The song, from the album Listen Without Prejudice, went on to hit #8 on the Billboard chart in the US but did not hit the same heights elsewhere.

After the release of the album George Michael worked on several other projects and found his way into the headlines on occasion for all of the wrong reasons. Early success is sometimes very hard to deal with, especially when it is massive. It can be especially daunting for those who don’t want to be known as “oldies” acts: artists work on new projects but the audiences want to hear the old songs. (Rick Nelson summed this up aptly in “Garden Party.”) Consider that for each of the last ten consecutive Christmases, “Last Christmas” has made the UK music singles charts.  I can only imagine where it will peak this year – and next.