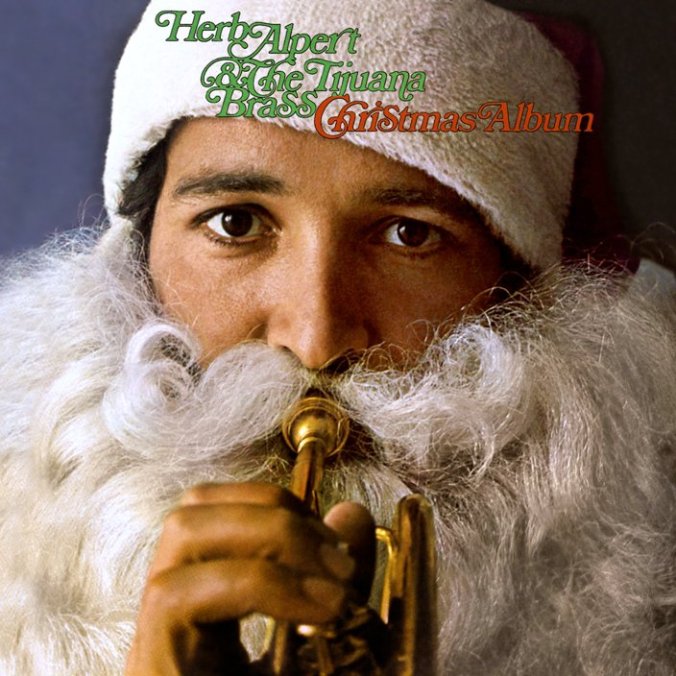 (Above: You can’t go wrong with Santa Alpert.)

Some of the annual Christmas selections cause problems for radio programmers.  You can’t just play the same songs too close to each other, no matter how many times they were done. While there are some unique versions that stand out, there are some Christmas songs that people expect to hear at the holidays.  “Sleigh Ride” is one of those.  On different occasions I have programmed multiple versions of this song, including:

–The Boston Pops.  You can’t go wrong putting a little culture into your radio show.  Besides, this would have to be on my “It’s Not Christmas Until You Hear…” list.

–The Ronettes.  The Phil Spector Christmas LP will get its own post.  I have a CD copy for home and vinyl (the Apple re-issue) for my office.  This might just be the definitive version of the song, at least on Oldies radio.

–The Ventures. One of the longest-lasting quests for vinyl for me ended in 1989 when I wandered into a record show in Hillside, IL and got my hands on an original copy of “The Ventures Christmas Album.”  Every song on the album opens with a few bars of a popular song, and morphs into a Christmas classic.  In this case, “Walk – Don’t Run” became “Sleigh Ride,” and it’s a thing of art.

–Herb Alpert and the Tijuana Brass.  This is an underrated Christmas album, if you can get past the cheesy vocal intros to each of the tracks.  As I said in an earlier post, everyone’s parents had Alpert LPs in the 60s, and there’s a reason for that.

–The Blenders.  OK, this doesn’t really count, since it’s just called “Sleigh Ride,” but it’s really set to “Walk On the Wild Side.”  If you’re programming a Christmas music show, I dare you. I did it on my morning show more than once…

One thought on “12+ Blogs of Christmas: “Sleigh Ride””